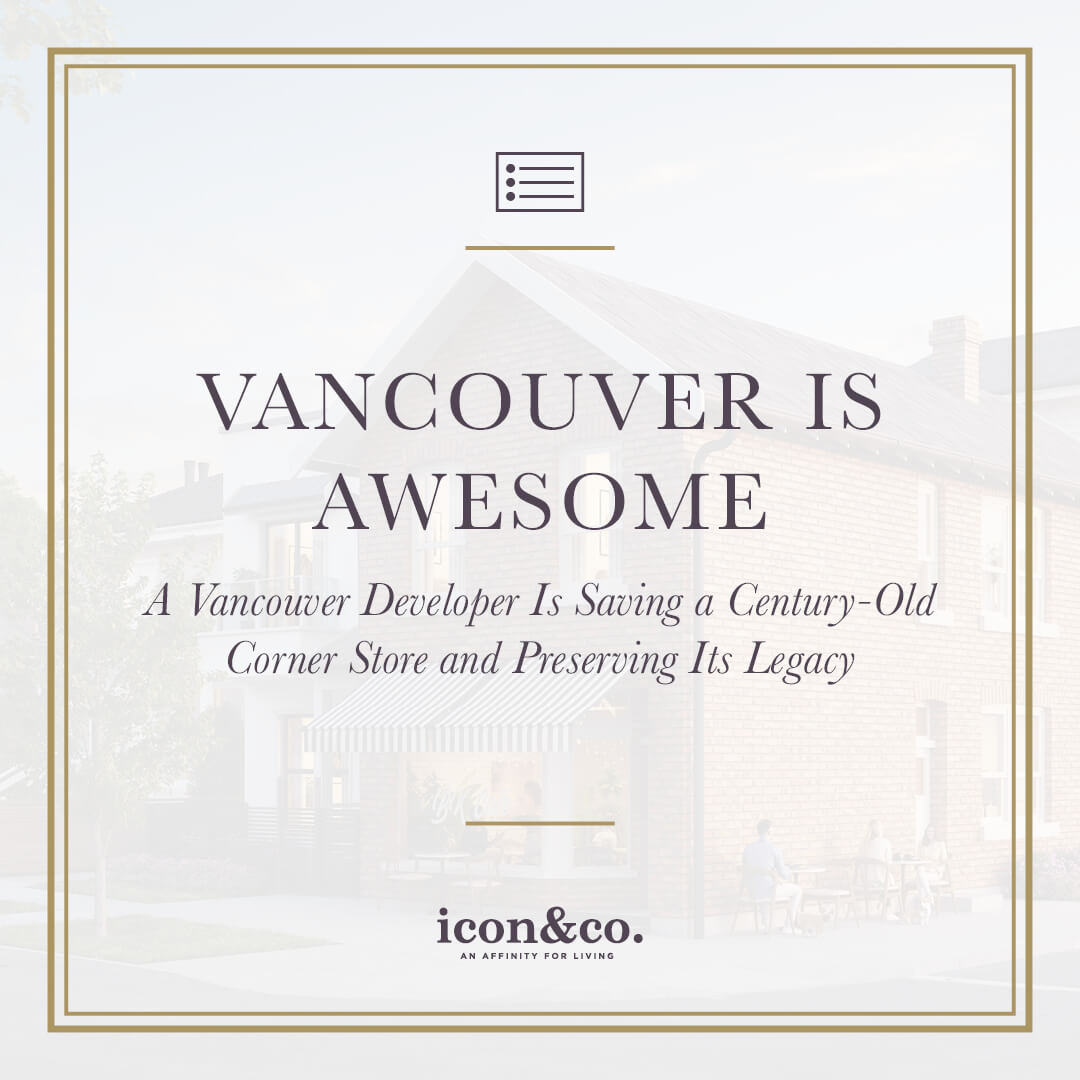 The Century House heritage restoration is a development that almost never was.Just nine months before the First World War ended, Annie Bridge’s name appeared on a City of Vancouver water permit for a red brick building on East 34th Avenue and Nanaimo Street. This was the start of a 103-year history of the B.K. Grocery, built by her husband -- a bricklayer from the U.K. -- Harry Bridge. Over the decades the corner store changed hands several times. In the 50s and 60s, the store was owned by Art Washbern. Born in Brooklyn New York, Washbern came to Canada in 1920 and Vancouver around 1923. Then from 1968 to 1986 the grocery was owned by the Mah family, originally from China.Richard Wittstock, a principal at Domus Homes Group, first learned of the B.K. Grocery property in the summer of 2013. The Mah family had closed up shop and put the building up for sale and, as Wittstock tells it, a few builders had their eyes on tearing the building down to put up a duplex in its stead.“I had worked on a number of heritage restoration projects throughout the Lower Mainland in my career and knew how challenging it was to do these types of projects so initially I wasn’t interested. But this little building kept calling out to me,” Wittstock said. Not a soothsayer, Wittstock explained the city had recently passed the Norquay Neighbourhood plan and he predicted the area would start burgeoning with young families that would be looking for a neighbourhood hub.In early 2015, Wittstock met James Mah who grew up in the building with his siblings. The pair walked around the building and Mah told Wittstock about what life growing up in the building was like. Mah’s story must have been a compelling one as Wittstock bought the building with a new vision for the property and the weary building.That vision? To create high-quality, stylish family-oriented housing on the site and to once again turn the commercial space into a focal point of the community.In what Wittstock describes as a “really painful” process, he got the project fully permitted by the City of Vancouver toward the end of 2019. Construction started in early 2020, just as the coronavirus (COVID-19) pandemic hit.“The City leaders may say they want to see more projects like this, but the bureaucracy at the staff level makes projects like this extraordinarily difficult if not impossible,” said Wittstock in an aside.The Century House development includes four contemporary city homes, only two of which are still for sale. The two three-bed two-bath townhomes have full-floor master suites, spacious floorplans, fully equipped kitchens, and outdoor living space. The townhomes also come with a  $1,296,800 price tag.The heritage retail space itself is also still available. According to Leah Kenney at Icon Marketing Inc. the former grocery has gotten lots of interest from coffee roasters and family-run cafes.

As for the restoration of B.K. Grocer, it's involved a lot of deconstruction first. Several layers of paint are being removed this spring to expose the building’s original red brick. Formwerks Architectural Inc. is carrying out the restoration, rebuilding the old wooden storefront and bringing the building up to modern seismic code.“We’ve added several tons of concrete and steel to reinforce the brick structure which will ensure that this building will stand for at least another 100 years,” Richard Wittstock said. “I think the retention of heritage is important in a young city like Vancouver. We don’t have that much heritage to begin with, so when you see a rare building like this one (one of the only examples of a structural brick building outside of Downtown Vancouver), you want to avoid losing it if possible.”To learn more about the history of this heritage grocery store, an extensive historical summary was written by Christine Hagemoen on behalf of Domus Homes.Century House is expected to be completed by this summer. 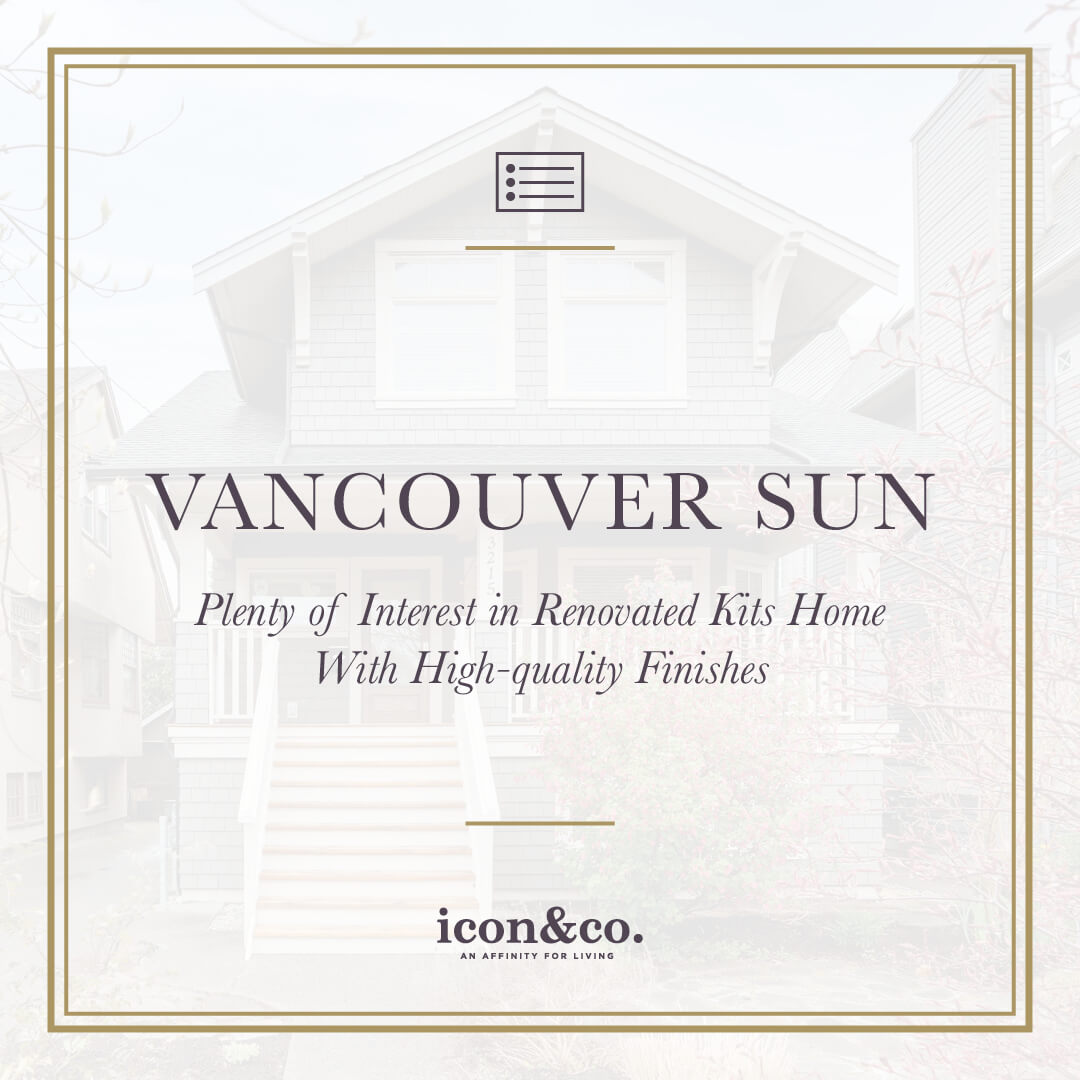 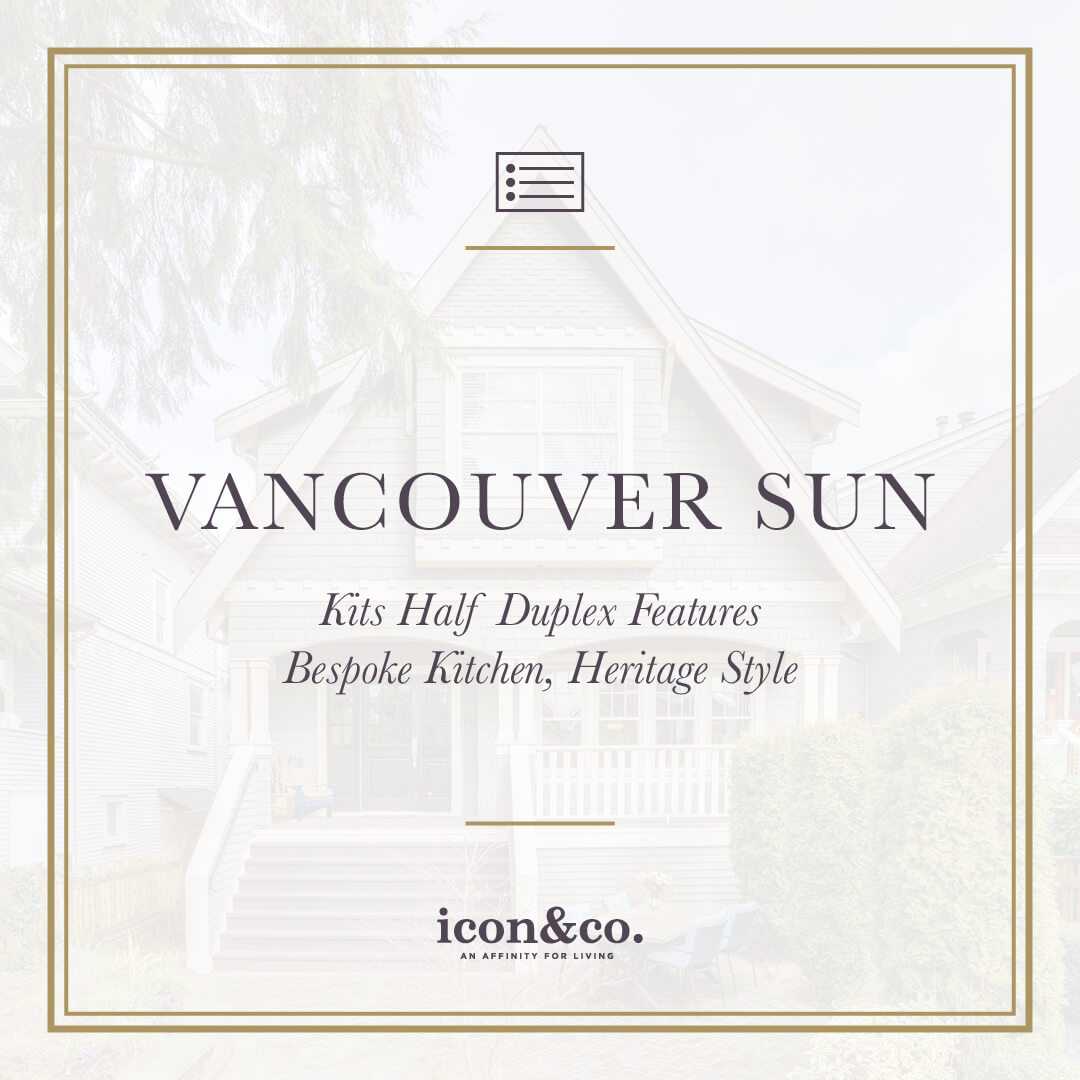